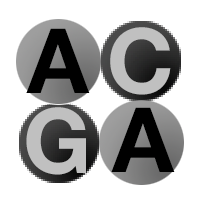 A new milestone for Go in America

Now that the AGA is certifying professional Go players (with the newest, Ryan Li, minted just a few months ago), it seems like genuinely American professional tournaments are not far off. We're not quite there yet - but we think the next best thing would be a major Asian professional Go tournament, held in North America. Thanks to support of the Shanghai Ing Foundation, we're proud to announce a historic event for American Go: the 2015 Chang Qi Cup, held in the United States!

Set for September 26-28, this event will include the semi-finals of the major Chinese Go tournament, the Chang Qi Cup, plus a gigantic American amateur tournament, all at Harvard University in Cambridge, MA. This will be the first time a professional Go tournament semi-final will be held in North America, so if you live in this hemisphere, this tournament is a great opportunity to see top pros battling it out in person, with live review and commentary from the legendary Chang Hao 9p.

As mentioned above, the event will also include the inaugural American Chang Qi Tournament, an amateur, AGA-rated tournament open to the public. The total prize pool for the American tournament will be at least $15,000 distributed across several divisions; we expect to draw many of the strongest players in North America to compete. Every part of the event is free for the public and online registration is coming soon!

Of course, we are the ACGA - so we're tailoring the 2015 Chang Qi cup specially for university students. The American Chang Qi tournament will include a special 'university showdown' where students can win prize money for having the best turnout from their school, the best record during the tournament, and more. On Saturday night, we're planning a special 'Students and Professionals' night out, where students at the event can hang out with and get to know professional players visiting from China.

Lastly, as we gear up for the event, we want to bring on university students to help us organize it and make it an incredible event. We encourage all interested students to apply to be an Organizer (application link). In exchange for helping us run the event, we'll cover your travel, room, and board in Boston during the event and you'll get behind-the-scenes access, wine-and-dine the visiting pros from China, and more.

We'll post more information as we lock down the schedule and tournament format, so check back again soon. Hope you can make it out to Boston!

I'm a co-founder of the ACGA, graduate of Brown University, and a current PhD candidate at Wash U.

2016 International Collegiate Go Tournament to be held in Toronto, Canada
posted at Jan 30, 2016